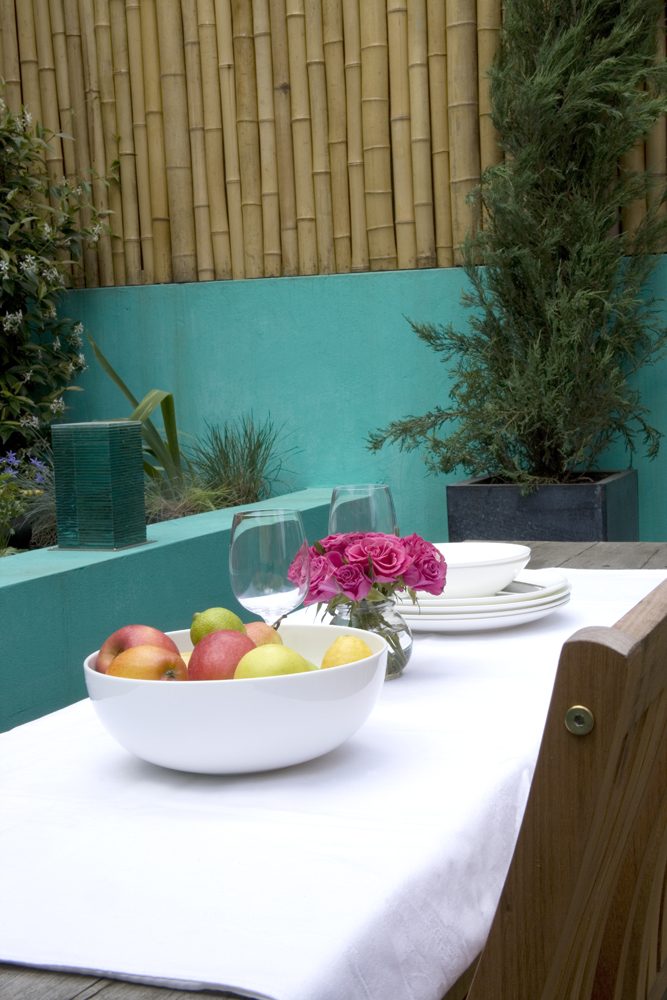 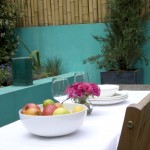 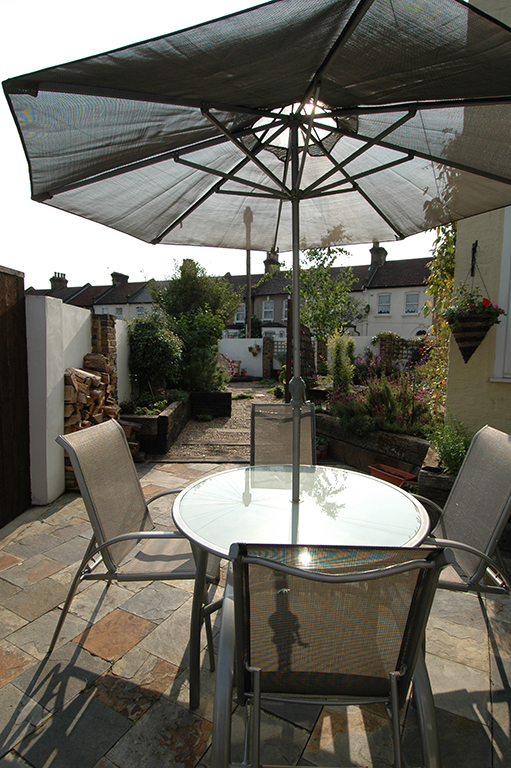 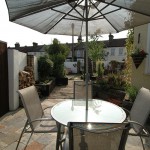 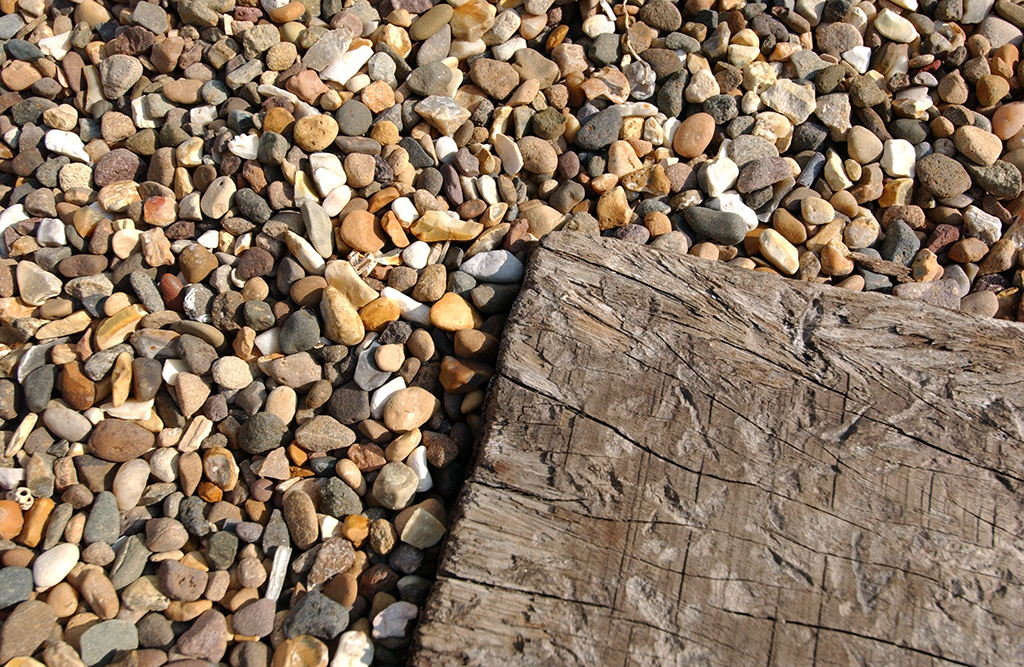 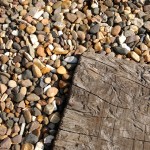 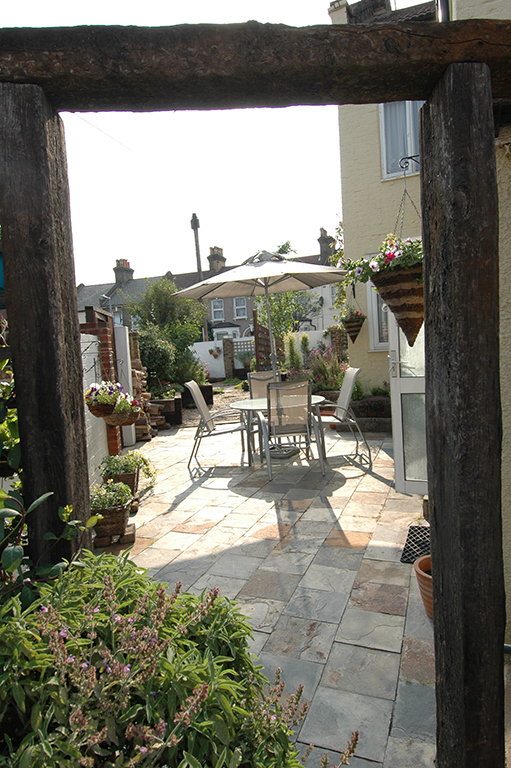 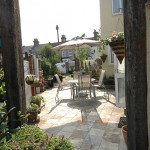 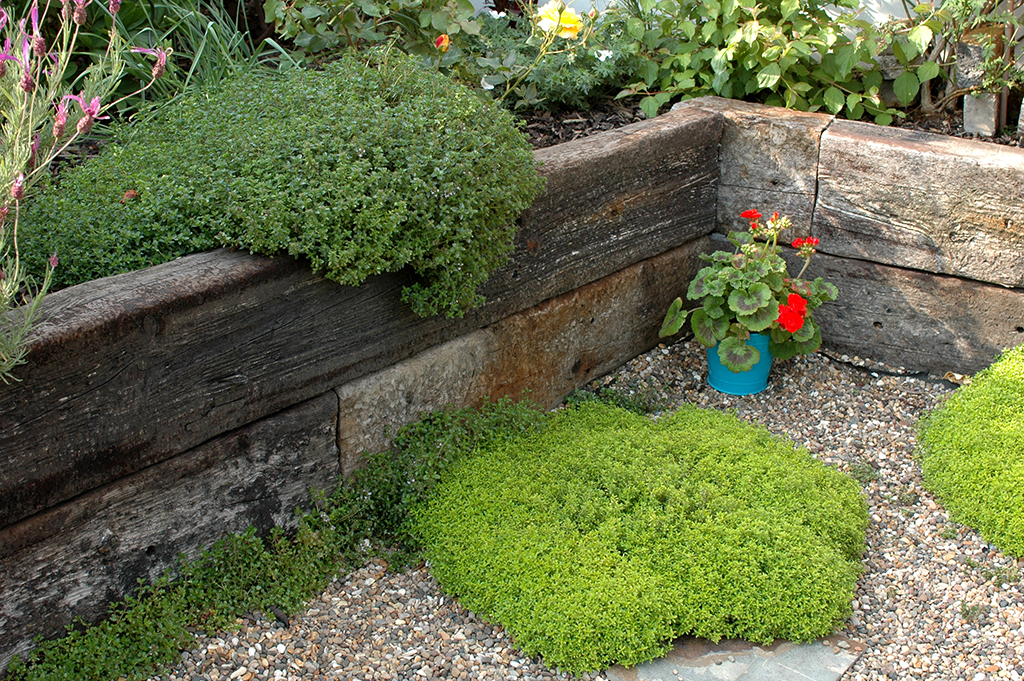 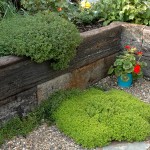 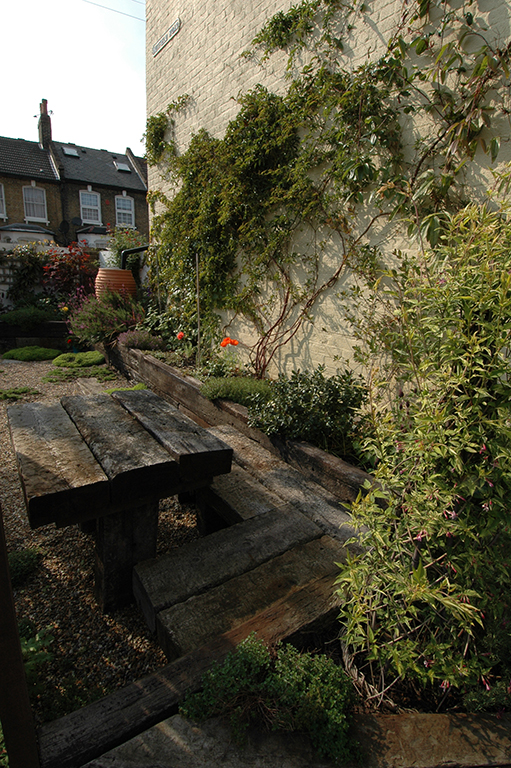 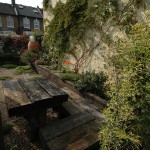 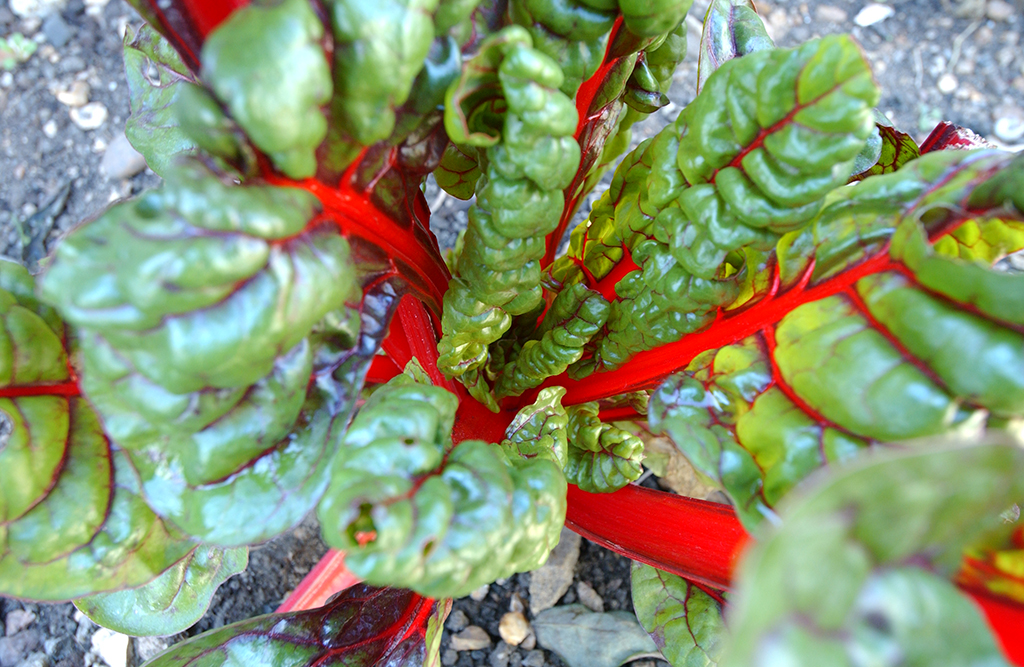 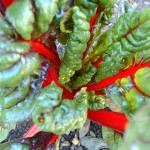 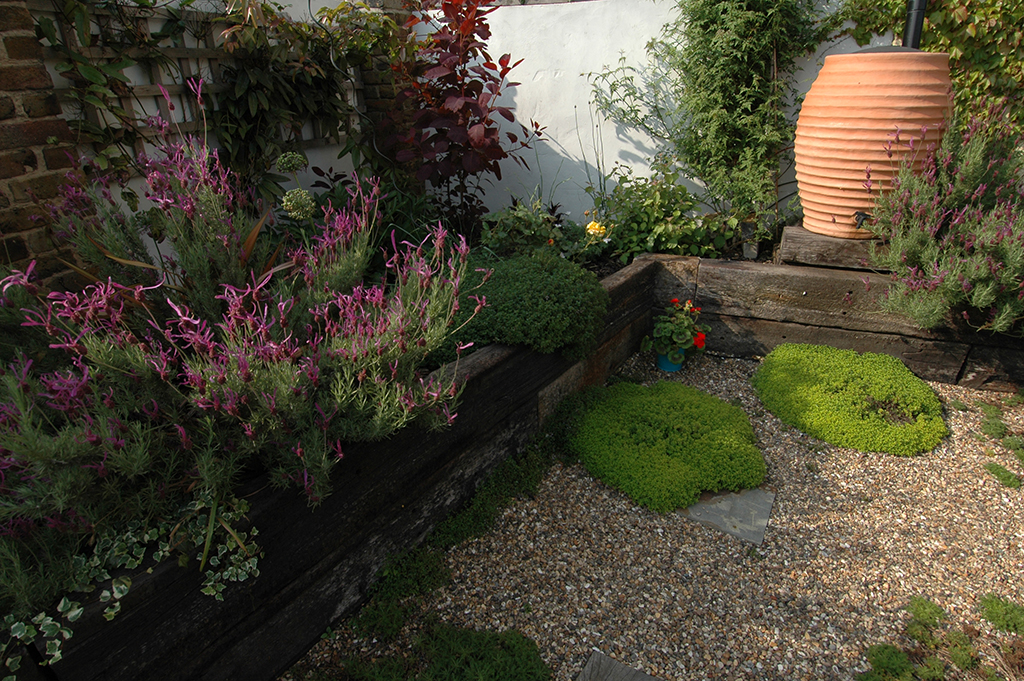 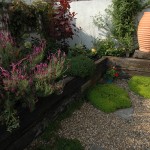 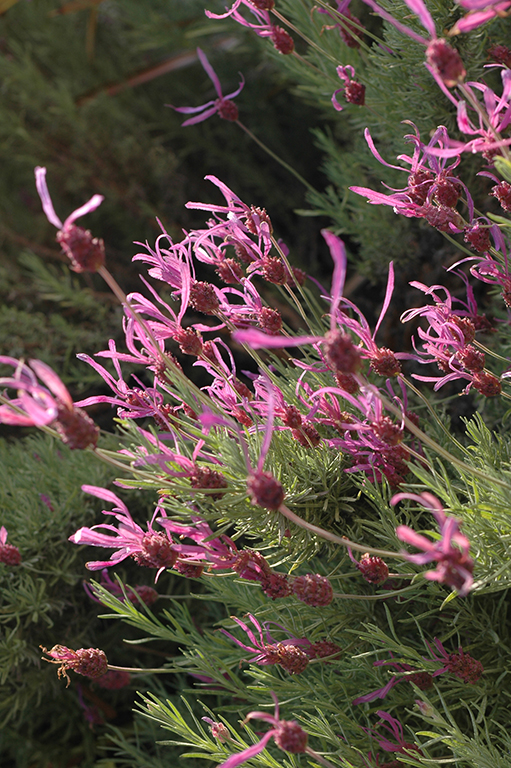 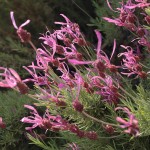 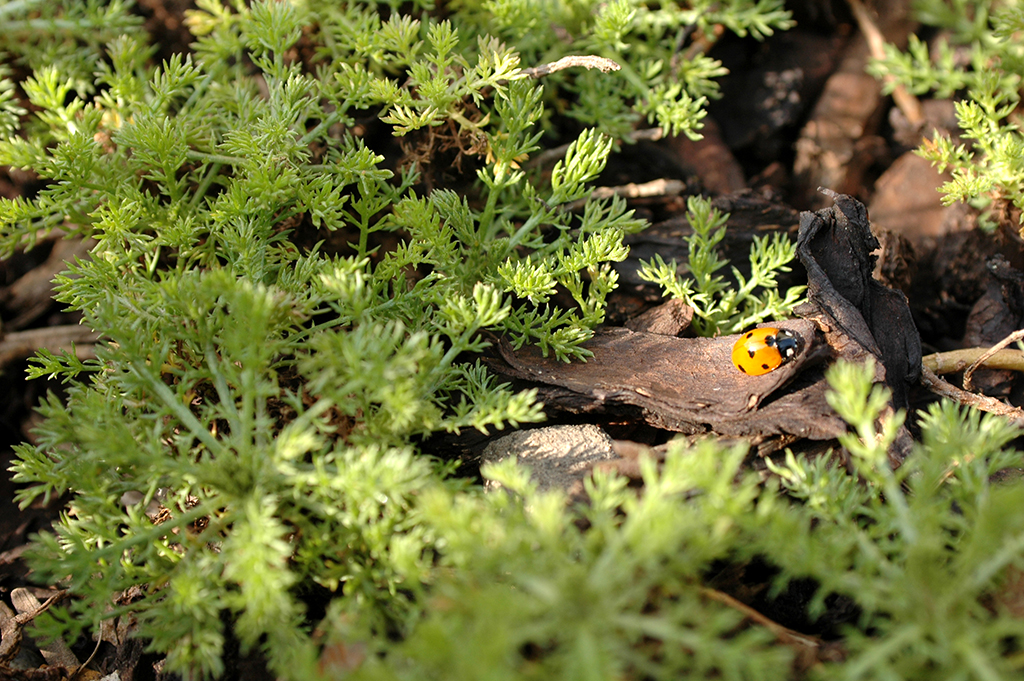 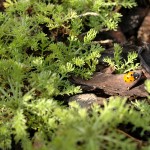 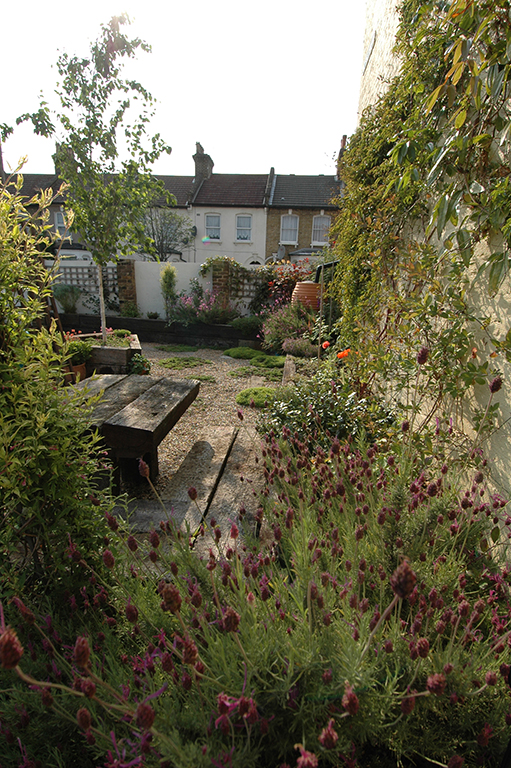 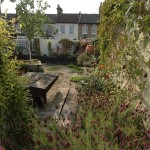 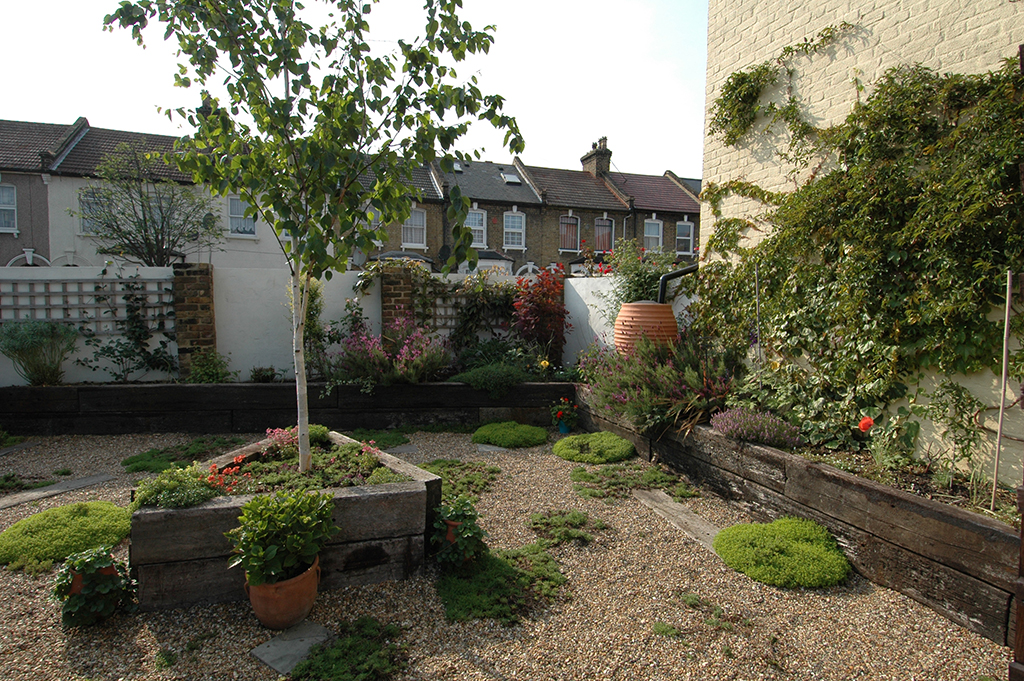 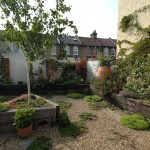 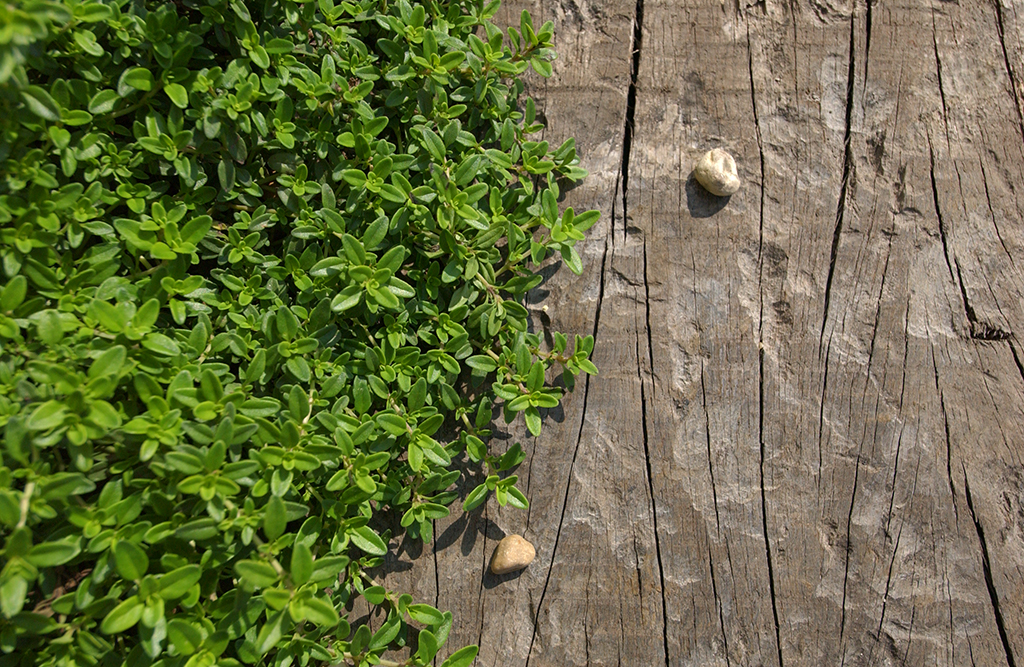 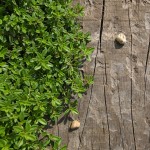 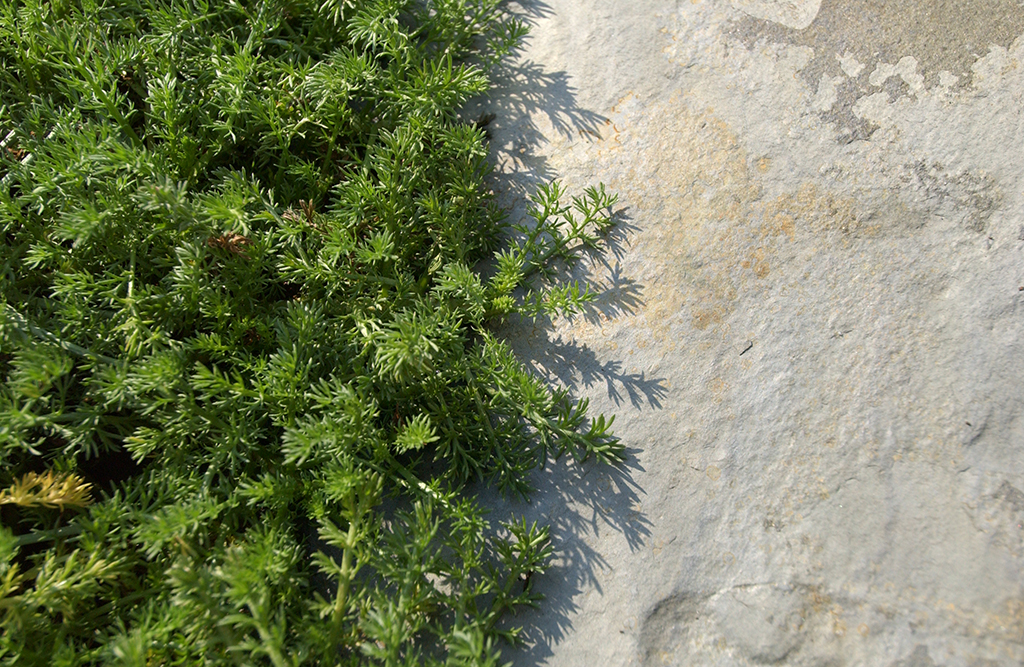 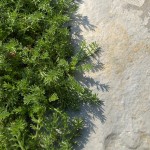 Brief
This site was an open corner plot in an end of terrace house. Its exposed aspect meant that it suffered from a lack of shade and was adversely affected by strong wind. An awkward shape, it had fairly low, shabby, trellis-capped walls on two sides and thus suffered from lack of privacy.

The side wall of the house enclosed the third side of the garden, and an area of uneven concrete, which the client stipulated should be kept but made more attractive, bordered the fourth.

The client has an allergy to insect bites, so stated that he did not want a water feature, which would attract insect life, included in the design. There was also an area containing a coal bunker, which the client and Earth Designs agreed should remain as a ‘working area’.

Description
The design was styled as a contemporary cottage garden – a variation on a ‘Pottager’s Garden’, featuring herbs with the potential to incorporate vegetables within the raised flowerbeds. The beds, running along the house and boundary walls, were constructed with used railway sleepers and built at odd angles to add personality to the space.

Within these beds, a planting palette of scented orange, purple, cream and green foliage was carefully selected to give year round interest and texture. Two seating areas were included in the design, one for dining and one for contemplation, situated in separate areas to catch the sun at different times of the day.

The dining area, featuring a small table and bench seat constructed from railway sleepers, was given increased privacy with the addition of a hinged trellis closing off its exposed side. The other seating area featured a corner deck, large enough to hold two sun loungers at full spread.

The middle of the space featured a triangular raised bed in which a semi-mature tree was planted, offering shade and shelter from the elements. The main area, enclosed by the raised beds, was carpeted with a combination of slate tiles, sunken railway sleepers and pea shingle, amongst which clumps of lawn chamomile and creeping thyme were planted.

The existing garden walls were raised in height, rendered and painted white, to provide an attractive backdrop to the raised beds while significantly increasing the privacy of the space.

The existing concreted area was overlaid with slate tiles, to provide a hard, practical, yet attractive surface. An archway constructed from railway sleepers was used to demark the existing ‘working area’ from the rest of the garden. This archway was placed so that it would also offer support for an existing honeysuckle.

Testimonial
“It is common these days to talk of the garden as another room, an extension of the house, bringing the garden into the home, and the home into the garden etc, etc.

Earth Designs didn’t do that. They gave me a sanctuary. From a pretty vague and basic brief, (I’d like a tree, I’d like to have scented flowers, it’s a windy garden, it’s overlooked, it needs to be low maintenance..) they created a calm yet excitingly varied space in which I can escape from the world to somewhere tranquil, or entertain intimately or on a large scale.

They worked like Trojans, often putting in 12 hour days. The quality of the work, and choice of planting and hard landscaping is impeccable. Their aftercare service is terrific – if I have a query or a problem, they deal with it. They are, in short, a good bunch.

They didn’t only give me a garden, they made a dream come alive, and I thank them for it.”